The Only Thing God Creates Is Opportunity

Every day is full of opportunities that God brings directly to you. Though it may not seem it, each opportunity is a gift.

How Do You Feel When Something Changes?

This past Saturday, my band Rutherford played its last show with original drummer Jon Palmer. I would like to say that it was bittersweet – that Jon is moving onto bigger and better projects and that the show was a phenomenal send off to an equally phenomenal drummer – but I’d be lying if I said that.

No, that’s not because Jon isn’t a phenomenal drummer – he absolutely is. It’s not because there are any personal or creative differences with him – there absolutely aren’t. For reasons I will not be disclosing, Jon has simply had to step back from the band, and we will be carrying on without him.

And – as I’m sure you can probably sense – I’m not dealing with it well.

How Do I Deal With Change?

Everyone in the band has been dealing with this in their own way. We only found out about his pending departure during the Monday rehearsal before the gig (the 25th).

Erin (one of our main songwriters and vocalists) wasn’t at that rehearsal and, due to prior commitments, wasn’t at his last show either – so she’s had to deal with this long-distance, and will be coming back to a band that’s missing a soul.

David, our lead singer and rhythm guitarist, has been playing with Jon for, I think, about three years now – they were, as I understand it – the two original pieces to what would become the Rutherford puzzle.

Joe, our lead guitarist, has just come back to the fold, only to have this happen. 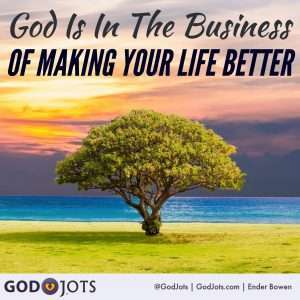 And me… well… perhaps the best way to start off explaining why I feel the way I do is to come at it from another direction. I may play a lot of instruments now, but I started off as a drummer. So when I say that Jon is a phenomenal drummer and that I absolutely love playing bass alongside him, you have to understand that that is not an easy thing for me to say. Bass guitar was something that I felt I could do to enhance a band’s backbone by extending the rhythm section’s grounding nature and yet contributing to the melodies that rest above it. I was right – but only because Jon and I snap into place so well together. He and I communicate without speaking – we just look, feel, and sense. One knows what the other is intending to do and it somehow just happens.

It is an unbelievably awesome experience!

Even if you’re not in a band, you likely understand the importance of a rhythm section in it. Sure, the members that get the most attention are typically going to be the guitarists and singers – and that’s fine – but the work of keeping the entire band centered and grounded is done by the bass and drums. I say “and” because it’s not bass or drums – it has to be both. And it works best when the bass player and the drummer just connect. In particular, it often requires a connection on a personal level. If the drummer and bassist don’t like each other, forget about it. It is because of this that Jon and I have grown very close both in musicianship and friendship.

And that’s why I’m angry.

When Change Makes You Angry

Dear Lord, why can’t I just play with Jon?

We do this a lot, don’t we? When something is taken away from us, we get angry and/or sad and maybe even depressed. We act as though our whole world has been upended and our joy has been squashed. Perhaps we cause ourselves undo psychological and emotional distress as we try to figure out what we must have done wrong to be punished so harshly. Maybe we can’t see that we’ve done anything wrong at all and thus come to the conclusion that what’s happening to us is unfair and unjust.

And we get mad at God because… because… how could you do this to me?!

Opportunities Are Gifts From God 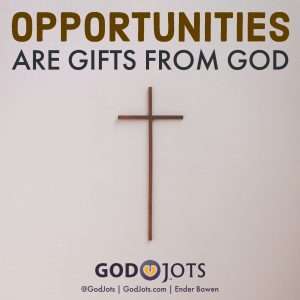 And when He’s pointed out the natural course that inevitably severs relationships, directing people to new ones, He’s created an opportunity.

He’s in the business of making you the you He always intended you to be.

I understand that’s not always fun. But I can’t imagine that being chiseled into the best version of you – a masterpiece from a formless stone – would be a completely painless experience. As the best you takes shape, some of those pieces are going to need a pretty good whack, after all.

Accepting God’s Opportunity As A Gift

Right now, I feel like I could give as good a whack as I might receive. I’m going to stew for a bit. I’m going to lament for a little while the fact that I may never play another song with Jon again. It’s okay – this is entirely natural. It’s part of the process and how we grieve.

But I will, eventually, come around. I will let it go and see the opportunity that God has given me. I will act accordingly, and I will rejoice in having done so. And I know this because I trust in God’s purpose.

In the end, every day is full of opportunities that God brings directly to you. Though it may not seem it, these opportunities are gifts. Recognize them, cherish them, and do something with them.

Ultimately, they will lead you to the best version of you.

When has a change in your life – though incredibly difficult – provided you with an opportunity that you accepted (maybe even grudgingly) and ultimately made you better? Share below!