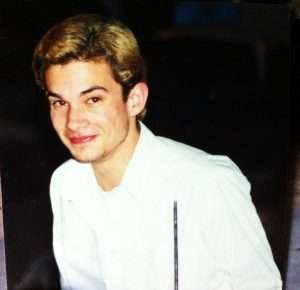 I knew I wanted to be a rock star when I saw Van Halen’s “Jump” for the first time at four years old. That was 1984. I was 16 when I finally got the chance to be a part of a band - I played drums in a pop metal outfit called The Waffle Senate. But I wasn’t that into metal, and I didn’t feel I was able to contribute to the writing of a song on drums. So in 1997 I quit the band and taught myself how to play guitar by playing along to my favorite bands - U2, Garbage, Spacehog and The Smashing Pumpkins. By 1998 I had written and recorded a four-track demo of over a dozen pop/rock songs. I formed another band in the hopes of getting into a studio and recording these compositions, but the whole thing fell apart. By my Sophomore year of college, in fall of 1999, I was ready to just get it done on my own.

I spent the next two years of my college tenure recording my debut album in the music lab and in my dorm at St. Lawrence University in Canton, NY. In 2000, both a local radio station and a station in Canada called XFM played my song “Weak”. I followed that up by completing and releasing my first album Neon Apocalypse in November of 2001 on MP3.com - one of the first pioneers of indie digital release platforms. I put out an EP in 2002 and a second album in 2003 called Scarlet Dawn. I tried desperately to get a band formed and, while I did have some success, it was clear by the end of 2004 that trying to get a band together, keep it together, and get it out playing in Northern New York - where there’s really no place to play - wasn’t going to work.

So in 2006, after having released my third album Lemonymous and nursing the wounds from the dissolution of a long relationship, I moved to Nashville. I knew that Music City was more country than Euro Pop, but I felt that would be perfect - I’d have places to play, people I could play with, and I’d stand out in a crowd as being something different. Within a few months I had signed a recording deal with an indie label but over the course of a couple years I found that that wasn’t all it was cracked up to be - in fact, it had slowed me down. I didn’t play out, nothing was recorded, and I suffered in limbo with my hands virtually tied behind my back. 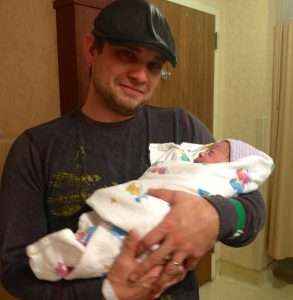 I asked for my release in September of 2008, and though it was granted and I did record and release some music over the next six years, I felt very jaded by the experience. Here I was, an artist who had taken advantage of one of the first platforms for online music distribution, had my music played on the radio in the middle of nowhere, and recorded over 30 songs - Nashville was supposed to see all of this turned up to 11. Instead, just when things should have really taken off and I finally had a machine behind me to make that happen, I went nowhere, and I found myself trying to catch up to bands and artists who had taken advantage of new digital release platforms and social media. I was behind the times. I was getting older. I’d lost my momentum. I debated whether or not I wanted to do music at all. I got involved in the film industry, podcasting, and in doing sketch comedy with a comedy troupe. All of these things opened up a new performance side to me that I didn’t know I had.

Then, in 2014, my daughter was born, and it changed everything. I came to the realization that I had come to Nashville for a purpose, my daughter was born here, it was still my home, so I obviously still had a mission to accomplish. Music had always been my passion. I hadn’t given it up. And now that I had a child to serve as a role model for, I couldn’t give up my dreams just because I’d fallen down or been held back. Now was the time to get my head back together, get my hands back on the guitar, and show the world what I could do.

And, ultimately, to show my daughter that no matter what you want to do in life, you don’t give up on it, no matter how hard it is. No matter who you are.

Who am I? I'm Ender Bowen: Nashville Melodic Alternative Pop/Rock artist. Husband. Father. Author. Influenced by artists like Depeche Mode, Garbage, U2 and The Smashing Pumpkins, and writers like Orson Scott Card and CS Lewis. My music is at once Dark, Ambient, and Ethereal, yet Inspirational, Uplifting, and Empowering, revealing songs about hope, loss, finding yourself, not giving up and having the strength and courage to overcome. I have been described as having an "eclecticism [that] has translated into a diverse creative talent", and though I've been performing now for nearly two decades, I'm only just getting started.

Join me on the journey. It's going to be a lot of fun!

Alternative Rock, 90s Electronica and 80s New Wave meet Ender's Game and The Screwtape Letters, with a dash of irony and a pinch of humor thrown in.

- If you like what you see, tell your friends. If you don't, tell your enemies.