PC Culture: Offending Others With Our Best Wishes

It seems silly to me that we’ve become so politically correct that we’re worried about offending people by wishing them a good, or happy, or merry anything.

A Tale Of Two Addresses

A couple weeks ago FedEx dropped a package off on our doorstep that was actually meant to go to an address very similar to ours. This wasn’t the first time this had happened. In fact, the previous time I had to spend half an hour explaining to the person on the FedEx line that it wasn’t that my package had gone to someone else’s house. Tt was the other way around. At first, they “didn’t have a way to help”. I had no tracking number and the package wasn’t meant for my address. Therefore, in their minds, I had no right to suggest they come pick up someone else’s package and take it where it was intended to go. Eventually, however, I was able to get through to them that they hadn’t actually completed their shipment as promised to their customer. Thus, they needed to come and pick it up.

Which took about three days.

You can understand, then, why we were dreading having to go through this again. But, Emily went ahead and called, got everything sorted out really quickly and FedEx was due to pick the package up the next day.

That day, as I sat at my computer working on some video edits for a documentary, I heard someone at the door and then what sounded like a FedEx truck drive away. Curious to see whether or not they had indeed come in a timely manner, I went to the door to find that not only was the waiting package still sitting there, but so was another on top of it, also to the same address!

At this point, Emily and I decided we needed to just take this stuff to the expecting customers and swap phone numbers. After all, it was entirely plausible this was happening the other way around, too. On top of that, it’s Christmas – and this was stuff for a newborn baby. What if they needed these packages pronto?

So we went to the address, knocked on the door, introduced ourselves, explained the situation, and handed off the goods. They were very grateful and we stuck around for about fifteen or twenty minutes to chat. They were very sweet people who, it turns out, are from exactly where we are originally from. It felt wonderful to do a good deed, and to make a stranger happy.

And, you know, to do FedEx’s job. Just saying.

As we were leaving, they wished us a Merry Christmas, which we reciprocated. Emily also added “And Happy Hanukkah“. Our new acquaintances froze and bent over backwards to apologize for offending us by saying “Merry Christmas”. They hadn’t realized we were Jewish. Before they could feel absolutely terrible, however, my wife explained that we always wish that because her late step-father was Jewish. And she likes to wish that to people in respect to him. Everything was fine – no one felt offended and no one felt terrible for possibly having offended someone else.

Too Worried About Offending

It seems silly to me that we’ve become so politically correct that we’re worried about offending people by wishing them a good, or happy, or merry anything.

I just don’t understand, if someone wishes you a Merry Christmas and it turns out you’re, say, an atheist, why you would feel that someone meant to harm you in any way. Or that you would think they don’t respect you or your belief system. Or, the other way around, if you’re a Christian and someone wishes you Happy Holidays, do you really think that person must hate you and God, and Jesus?

And for crying out loud – if it’s never come up in conversation (or, say, in a smile and nod as you walk past a stranger on the street) what your belief system is, how in the heck are you supposed to have any clue what the “appropriate” faith-wish of good cheer is supposed to be?

I mean, really, is that what we’ve come to? If someone believes something different from you they must hate you?! No matter what they say otherwise? Because I’m pretty sure a person saying Happy Holidays is not actually hoping you have a miserable life and that something bad happens to you. Certainly not most.

A Piece Of You

But – and I get this may just be me – I would really rather prefer it if you wish me a good, happy, merry or wonderful whatever-your-belief-system-requires. This is because if you’re wishing me a Merry Christmas but you’re not a Christian, you’re not really wishing me anything that I don’t already have (in a sense). But if you wish me a Happy Holidays or a Happy Hanukkah, then I truly believe you’re giving me something that you believe you can see and touch.

What you’re giving me is a piece of you (as opposed to a piece of myself).

So, really, if you’re going to wish me a happy anything, you won’t be offending me. How could you be? You’re wishing me well; you’re wanting happiness for me…

And you’re filling me with love.

Be Open To Receiving The Gift Of Love

I know this all probably comes off like a giant excuse to wish you a Merry Christmas regardless what your faith is and to force you to deal with it. But I assure you that’s not the case. I’m not interested in offending you. 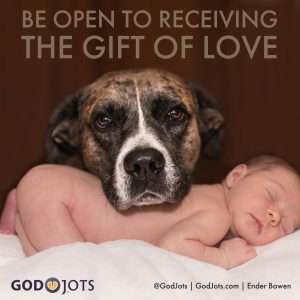 This time of year – the season of good cheer; the season of giving – we need to stop being so defensive, so easily irked, so easily offended and see people for their true intentions. Ultimately, whatever it is we’re afraid of, whatever it is we suspect of others on a larger scale, that needs to disappear when we are interacting person-to-person. We need to take that person for who he or she is.

Make sure that gift gets to its proper recipient.

Or, in other words, don’t be a Holiday FedEx.